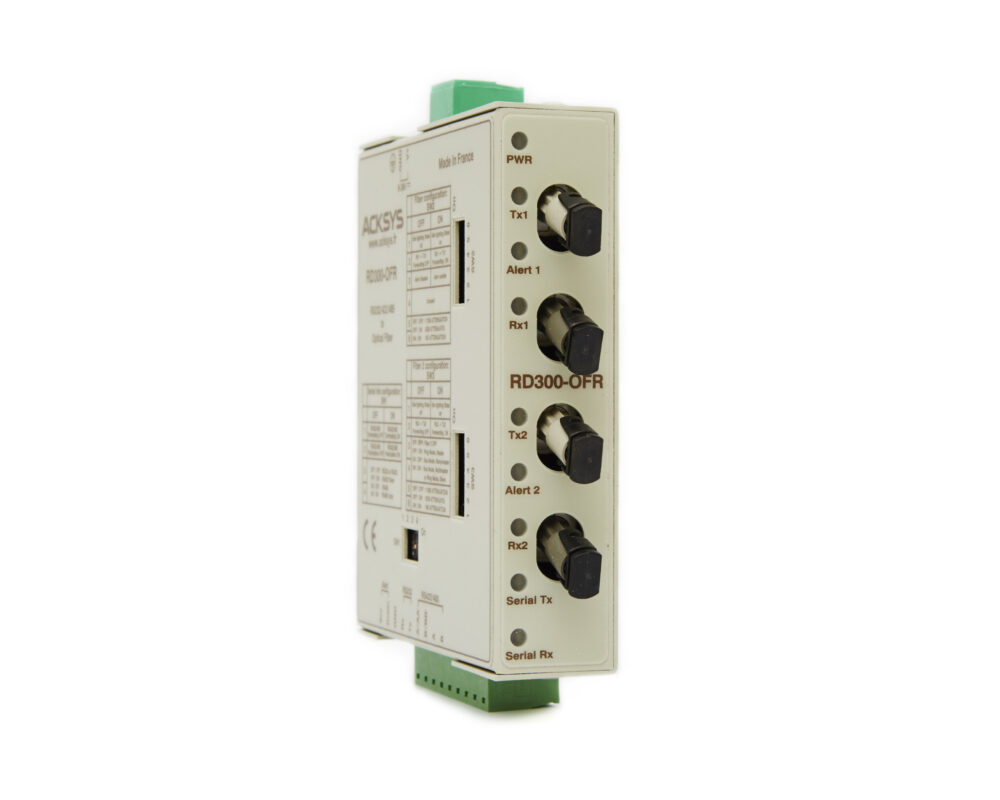 NOTE : RD300-OFR has reached the end of its life cycle (to know more about its different deadlines click here).

Using fiber optic enables to use a higher communication bandwidth while offering a total immunity against EMI/RFI interferences and an increased security as well.

The optical fibre still offers other advantages : use without risk in an explosive environment, no EMC emission, no ground loops, immunity against lightning and high voltage environments, they are finally lighter, less cumbersome, inert and corrosion resistant ...

Plug & Play: RD300 features a self configuration mechanism based on a CPLD component that frees you from the tiresome operation which consists in the serial parameters setup, product is "Plug & Play".

RD300 features in standard a built-in system to control the fiber integrity, it reports automatically any failure with an error LED and also setups a relay contact (MOSFET) to activate any external safety device.

Its small size, design features and its great adaptability make the RD300 a really universal product capable to satisfy to major needs of the industry.

This configuration enables to control a single equipment installed in a very polluted or distant area. The optical line is totally insensitive to EMI/RFI perturbations.

This topology enables to build a simple ring whereas the master equipment is installed in the middle. 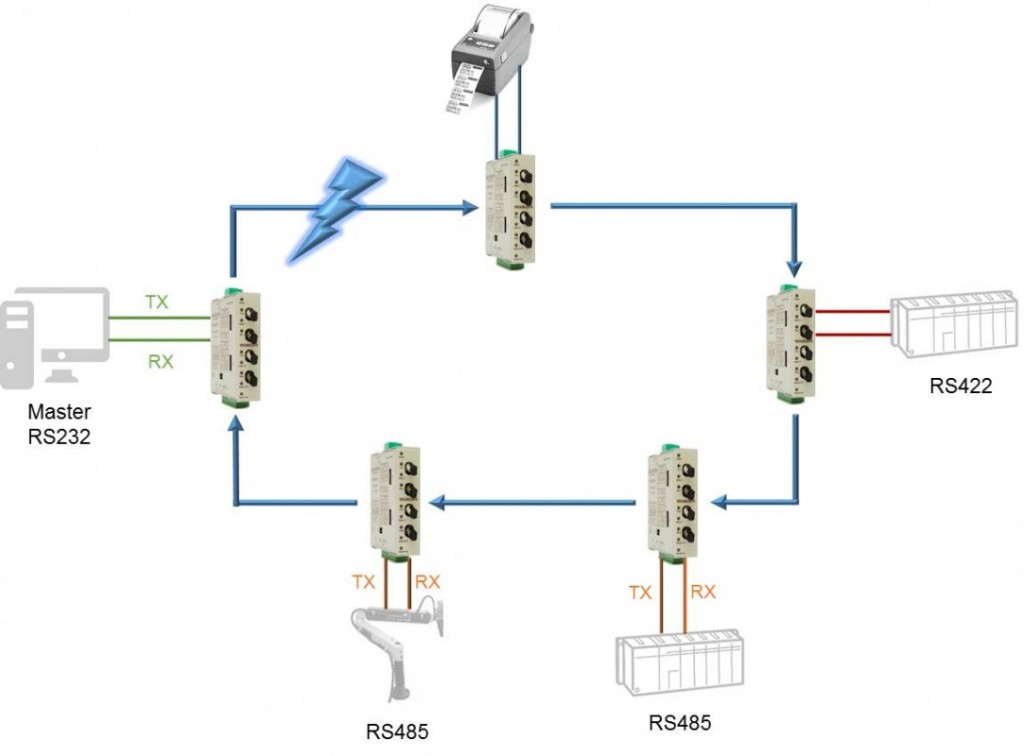 Each media converter device enables to connect to the network one or more slaves peripherals controlled by the master which governs exchanges using addressing sequences.

All the slaves equipments receive data transmitted by the master and answer are then received only by the master.

Such configuration brings security to the application as the "B" master warrants the system to work even in case of master "A" failure or fiber breakdown.

Both "A" & "B" masters can be a single equipment with two independant serial ports.

A single ring is used in this configuration but data are transmitted simultaneously on the two rings, this is a single master topology.
The master doesn't retransmit the data he receive in order to avoid infinite data loop.
In case of fiber breakdown, the equipments will still continue to receive data on the only line. 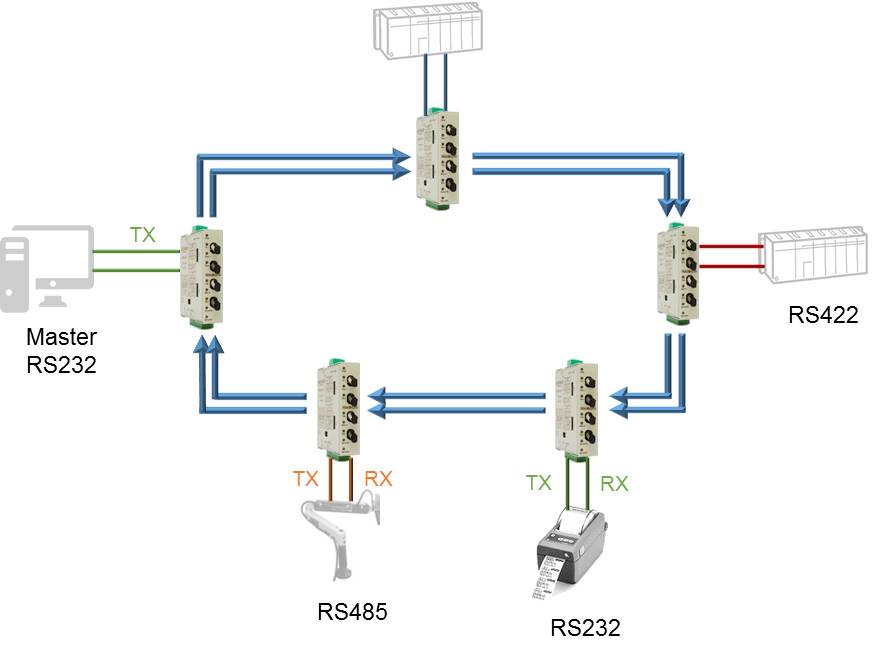 This topology should be used when an equipment needs to answer to different masters located on distinct networks.
The RD300-OFR device can also be used as a simple repeater or as a fiber optic converter to be compatible with other equipments.

This topology should be used when EMI/RFI perturbations concern only a part of the whole installation.
Redundancy provides a double security for the sensitive link.
Moreover, any fiber failure is reported on a LED and a relay contact (MOSFET) in activated.

The device works as an RS485 network repeater and makes it possible also a star topology in a polluted environment.

By clicking Submit, you agree to receive emails regarding ACKSYS actuality, and you understand that your personal information will be handled in accordance with ACKSYS‘ privacy policy. Should you not want to receive such information, you can simply opt out at any time by clicking the unsubscribe link in the footer of any email.